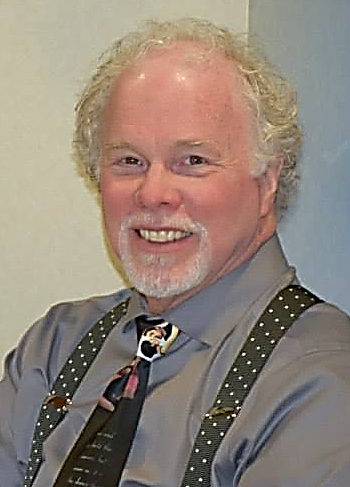 Joe Sepesy is a native of Youngstown, Ohio. He began social ballroom dancing in 2009, at 59, as a way of dealing with PTSD (Post-Traumatic Stress Disorder). Joe served three combat tours of duty in Vietnam, as a US Army helicopter pilot, accumulating 2,200 combat flight hours with the 1st Cavalry Division (Airmobile) and the 1st Aviation Brigade. In 1970, his back was injured when the Huey he was piloting was shot down. Six spiral operations and several others would be needed, beginning in 1984. And, Joe did not know he suffered from PTSD until 2006, when that was diagnosed by a VA psychologist.

After three years of intensive group therapy and on-going individual counseling for PTSD, Joe’s motivation to dance came in the form of a challenge from his psychologists at the Youngstown, Ohio, VA clinic. Members of Joe’s group were asked to choose three things to deal with their PTSD, thus improving the quality of their lives. Among Joe’s choices was to begin social ballroom dancing—and with that choice, his life-altering journey began.

Joe credits his dance instructor, Lynda Styles of the “A Time to Dance” studio, and ballroom dancing for this transformation. He has learned to deal with PTSD more effectively and now leads a more fulfilling life in spite of continuing symptoms and triggers. Advancing nerve damage and chronic pain also continue, now warranting the use of two leg braces and a cane. But he continues to dance. Joe thanks his VA orthotist Terese Hurin for her ongoing care, treatment, and expertise. Without her assistance Joe could not dance.

Inspired by his teacher, the ballroom community, and of course, music and dance, Joe has published five books about social ballroom dancing: Word Dances: A Collection of Verses and Thoughts about Ballroom Dancing; Word Dances II: Your Time to Dance; Word Dances III: Celebration; Word Dances IV: The Romance of the Dance; and Word Dances V: The World of Social Ballroom Dancing through Short Stories, Thoughts, and Verse. Joe has also published: Once We Flew, Volume I: The Memoir of a US Army Helicopter Pilot in Vietnam and a Life with PTSD; and Once We Flew, Volume II: Aftermath; and two historical novels, The Relic of Domremy, and The Flight of St. Joan’s Cross, The Relic of Domremy, Part II.

Joe’s story has been featured in the American Dancer Magazine, March/April 2015) the national publication of USA Dance. A front-page article about Joe and his teacher, Lynda Styles, and his books also appeared in the Youngstown Vindicator on 14 January 2015.

Joe met and proposed to his wife, Linda, on the dance floor, and they were married in October 2019. They reside in northeast Ohio, where they dance several times a week, and continue with dance lessons under Lynda Styles’s guidance.

Joe’s books are available at Lulu.com.